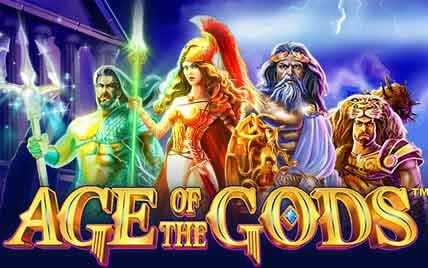 Massive Jackpot awarded to a player of Age of the Gods

A massive jackpot has been paid out to one lucky player on Playtech’s new Age of Gods Progressive Roulette game. Launched only a couple of weeks ago, the Age of the Gods Roulette onmi-channel jackpot has already landed on. The whopping winning amount was 599,380 pounds and was won by a pleasantly surprised father of three. This roulette game has been extremely popular with online casino players, and it’s paid out over a million pounds since it’s launch. Another attractive feature is the Bonus round which takes you to a three-reel slot game that uses the bet that was placed on the Age of the Gods position in the main game.

With payouts like this, the game will be sure to attract new players and keep them coming back.

Playtech, as an innovative software developer, has been adding new features to its games, and launching new ones to constantly improve the gaming experience for its customers. Playtech launching the omni-channel jackpot to the Age of the Gods Live Roulette, is consistent with the company’s plan to utilize their ONE platform to provide the most unique experience to its customers.

Live dealer games have been available in Playtech casinos already a while, and now the possibility to land on a mystery jackpot has also become reality.

A winning of nearly 600,000 is a life-changing amount for almost anybody, and this recent lucky winner won the amount by landing the surprise jackpot.

Its Age of the Gods franchise is hugely popular, and now with their omni-channel jackpot, Playtech can market it even more, and grow its popularity. More players will be attracted to Playtech games with the help of its ONE platform. Features like free spins and Golden Coins will make it easier for operators to lure more traffic to their sites. Players are expecting to be entertained during their gaming experience, and Playtech knows this very well.

Playtech’s COO, Shimon Akad, has given lots of credit to the Age of the Gods omni-channel product when it comes to the traffic Playtech and its partners have been able to create. He sees its popularity as proof that the company has been, and is capable of creating things that online players are looking for. Besides the recent jackpot won, Playtech believes that more jackpots will be won in the near future. Special features and the possibility of winning a jackpot will ensure that players keep coming back to Playtech casinos.

This site uses cookies to give you the optimum experience on our website. By continuing to use this site, you consent to our use of cookies. Ok