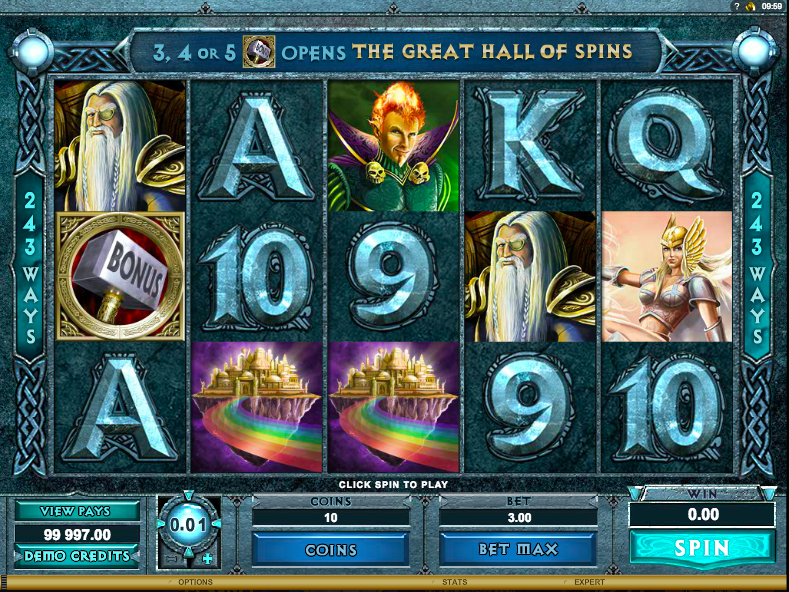 The days are getting warmer, the sun is lingering longer, people smile more… and there’s a whole lot of impressive slots to explore! Have a look at some of our top picks to keep you busy through summer!

Finn and the Swirly Spin

With excellent sound effects and graphics, Finn and the Swirly Spin is bound to entertain you for hours. The game is played in a spiral and the object is to send the key to the centre of the spiral to open the door which will reveal bonus games. Finn pops up every now and again to cast a special magic spell which will help you earn money.

Macedonia is a small nation in the grand scheme of things, but it gave birth to one of the most famous historical figures in the world, and the star of King of Macedonia Slots, Alexander the Great! A five-reel, five-line slot machine, you can win on forty paylines, a jackpot that is worthy of the man who conquered the world!

A very modern take on the slot games, build castles, summer residences and manors. Castle Builder II is a five-reel slot machine with special symbols and a great payout rate. Every time you complete the construction of a building, you get to choose a husband for a princess and receive bonus money.

Well of Wonders is probably one of the most calming online slot game of 2018. The atmosphere is relaxing, and the background music will calm you down if you are feeling a little stressed! At each spin, six colourful jewels pop out of a well. Get three matching gems, the multiplier increases.

Planet of The Apes

No serious list would be complete without a game based on a blockbuster saga and Planet of the Apes is said to be one of the very best. The game features two sides and ten columns. The left side is called Rise while the right one is named Dawn. Characters are from the movie. Definitively worth a try.

Starburst mixes vibrant colours in an arcade atmosphere. If you enjoy a game that’s high paced you will love this one! The action begins with five reels, ten bet lines and when the Starburst Wild appears the entire reel expands and remains in place for up to three spins, at no extra cost to the player.

Search for El Dorado in NetEnt’s top slot game, Gonzo’s Quest. With beautiful graphics and a style that is a little unusual, fifteen blocks fall into five columns. There are twenty paylines with winning symbols replaced by new ones dropping from the top of the screen. Winning a game activates the multiplier, which will increase from two to five times.

Let’s go to Africa! One of the most well-known progressive slots online, Mega Moolah has a twenty-five payline safari theme and winnings can be enormous! Lions act as Wild Symbols and getting at least three monkeys grants you free spins.

Another favourite for 2018, Hall of Gods is a slot game with a progressive jackpot. If you are fascinated by Northern mythology, this game is for you! This 20 payline slot machine combines Nordic gods and hitting three Bonus Hammers opens a bonus game with a chance to win a mega jackpot.

It seems a little biased adding another Viking game to the list, but Microgaming’s Thunderstruck II is so impressive that it can’t be excluded from this list. Just like in Hall of Gods, it takes three Bonus Hammers to get to the bonus game. The Thunderstruck II Logo symbol is wild, and it substitutes all other symbols on the reels except Thor’s Hammer.