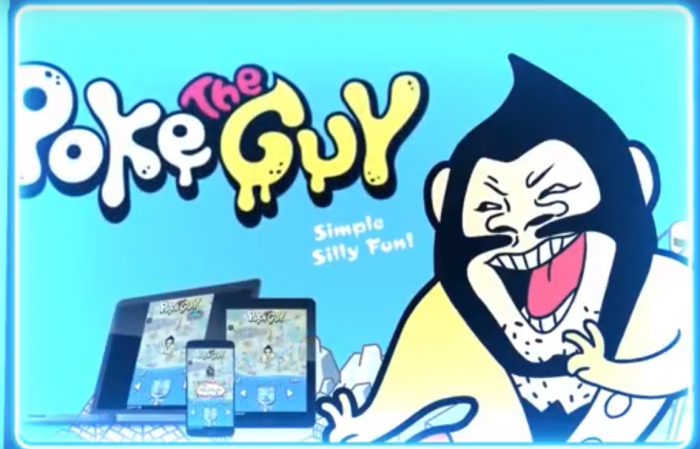 New Microgaming Slot Out in Time for Summer Fun

Good news – there’s a new Microgaming slot out! The Isle of Man-based software provider has dubbed its latest creation “simply silly fun.” The game, called Poke the Guy, features a zany character, vibrant graphics and outlandish animation. The off-the-wall-game, a first of its kind from the developer, offers players an interactive and unique way to win some seriously cool prizes.

Not Your Traditional New Microgaming Slot

Poke the Guy is far from your regular kind of slot. The aim in this one is to attack the Guy. He kind of looks like the American actor, Danny Trejo, complete with onesie who is having a blast stomping on a map that features some of the most well-known landmarks in the world, including Mount Rushmore, the Egyptian Pyramids, the Eiffel Tower, the Little Mermaid, the London Eye and even the Great Sphinx of Giza. It’s your job to save the citizens from the Guy’s shenanigans.

During gameplay, you’ll get the chance to choose from a myriad of weapons, such as a butcher knife, rubber ducky, piranha, and even a flaming pile of poop. You can use your weapons to catapult the Guy with an electrified, extra-large slingshot.

All you have to do is tap on the slingshot and your chosen weapon will launch in the character’s direction. Each weapon your hurl is counted as a bet. Take note, though, this weird and wonderful character is insanely nimble and will try to evade every projectile while stomping out those landmarks.

This new Microgaming slot is optimised for mobile, which means you can increase your wins in portrait mode on your mobile device.

Meanwhile, Microgaming has announced a new game studio, Stormcraft Studios. This is one of its latest independent studios which is set to provide exclusive content to the software developer giant and its network of online casino operators.

The team at Stormcraft already has an impressive track record, having created a wide range of successful Microgaming titles, including the world-renowned Immortal Romance and progressive jackpot, Mega Moolah.

The first game that’s just been launched out of the new studio is called Fortunium’. It’s a steampunk-themed slot.

David Reyonlds, Microgaming’s game publisher has said the company is excited to be working with some of the industry legends behind some of Microgaming’s biggest ever titles to bring a new wave of content to players under the Stormcraft Studios brand. Microgaming is said to be looking forward to unveiling the exclusive content the studio has in store within the next couple of months.

Stormcraft Studios creative director, Terence Igesund says that craftmanship and entertainment are at the core of everything the brand does. It gives a great deal of consideration to user experience, which will be evident in upcoming games that are developed exclusive for Microgaming.