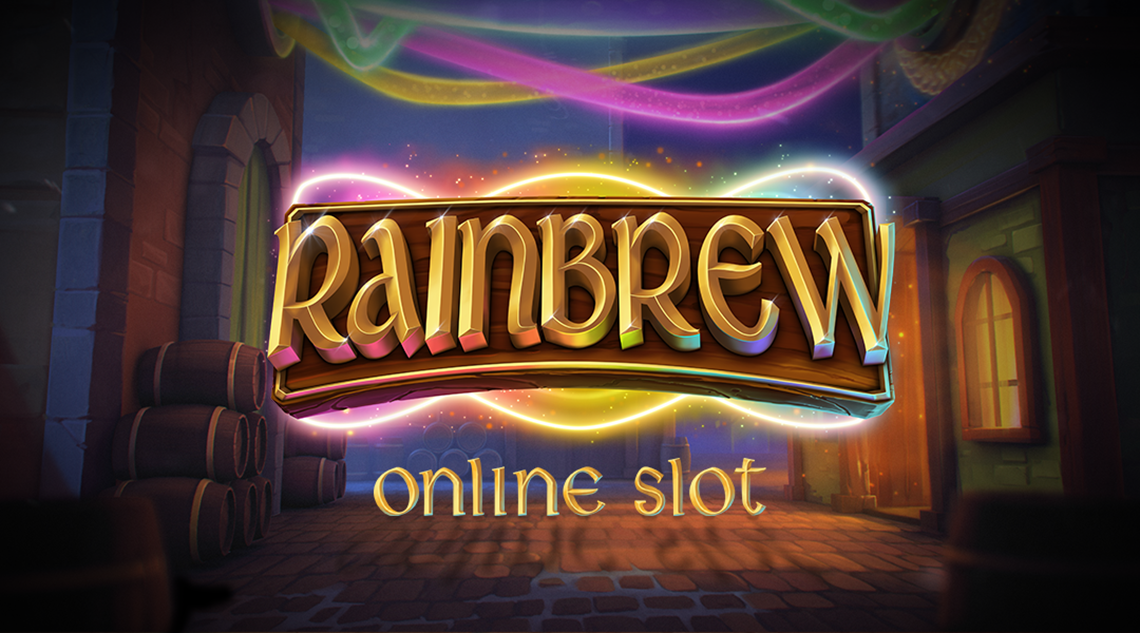 After a whole list of incredible online slot games like Fortunium, Poke the Guy, Cashoccino and Robin of Sherwood, Microgaming has done it again. The software developers have been hard at work in their development studios creating even more thrills and immersive titles to bring slots players even more fun. To date, there have been four new Microgaming slots released during August, but we reckon more titles may be announced this month, too.
So, let’s take a look at what new slots from Microgaming you can play right now at your favourite online casino, and what you can could win when you play the games on your mobile device or desktop. Remember, you can always try the games out in free mode first before you’re ready to wager real money.

Rainbrew has been created by Microgaming in conjunction with one of their newer partner studios, Just for the Win. The online slot made its debut in August and offers gameplay over 5 reels with more than 240 ways to win. This title has been optimised for mobile play and offers an RTP of 96.02%.
The game boasts a vibrant and fun-filled Irish theme with loads of Celtic symbols, unique free spins round and the appearance here and there of a rather rare Irish Leprechaun.

If you’re a fan of classic fruit-style online slot machines, you’ve got to give Sidewinder a go. The game presents 5 reels and 243 ways to win, which can increase to more than a thousand ways win in the bonus round.
The traditional fruit-reel slot boasts a unique experience in the form of modern features and a stunning layout. As for those enticing bonus features, the game provides players with a bonus round and wilds, all neatly tied up in a slot game with an RTP of 96.02%. This is another one of Microgaming’s offerings that if fully mobile compatible.

Wicked Tales: Dark Red has been confirmed for release this month. The game has been created together with Triple Edge Studios. The slot is based on a typical Red Riding Hood fairy tale, with a couple of quirks added here and there to make it more appealing for adult online casino gamers.
Being a Red Riding Hood theme, you can expect a beautiful woman dressed in red, her foe the fearsome big, bad wolf all wrapped up in a dark, more mature theme that’s put a fantastic spin on your favourite bedtime story.
It’s reported that the slot will play out over 5 reels with 25 paylines and will be mobile compatible.

For feline fans and Microgaming fanatics alike, Exotic Cats is a title you don’t want to miss out on. All the action is centred around the adventures of the world’s most exotic feline creates, including the likes of lions, tigers, pumas and jaguars.
The game is set right in the midst of a lush green jungle, and the graphics and symbols in this title have been designed to impress. The game offers an RTP of 96.03%, is mobile compatible and there are 243 ways to win.
Which games will you be playing this month?