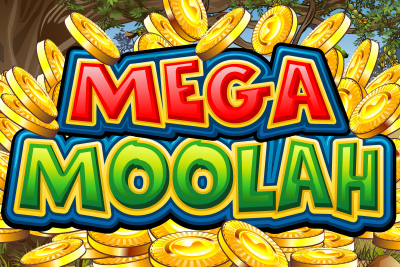 Two very lucky players tapped the jackpot within 48 hours of each other. The first jackpot was won on March 5th 2019 and a very lucky slot game enthusiast won a total prize payout of € 11,546,872.15! This jackpot has been recorded as the fourth largest ever jackpot on Microgaming’s network.

The second jackpot was won the next day on the 6th March 2019 and although it paid a lot lower at € 2,201,120.31, we can’t imagine anyone being upset at winning € 2.2 million! An interesting bit of information is that the winner hit the jackpot after just 33 spins proving once again that if you pace yourself, keep a cool head and keep spinning, the jackpot is only a few spins away!

Microgaming is said to be the first software developer to have released the first genuine online casino all the way back in 1994. Since then, the company has grown to become one of the highest recognised providers of online casino software. Microgaming develops top quality games and applications and their software can be found in over 350 casinos and 40 poker rooms.

With over 300 different types of casino games and the largest progressive jackpots on the internet, Microgaming has already paid out € 225,000,000 in jackpot winnings since they began, that’s over six thousand people that can say that playing online slot games is their claim to fame!

When it comes to Progressive Jackpots and online slot games, Mega Moolah is the biggest there is. For the past ten years, this famous progressive has made more millionaires than any other game. While it’s true that the Mega Moolah progressive jackpot bonus game is triggered randomly, you can increase your chances of winning one of the four Jackpots on offer by betting the maximum amount. African Safari is the original Mega Moolah slot. It has twenty-five pay lines and three reels and the maximum bet size is £6.25 per spin.

How to play Mega Moolah

There are many ways to play Mega Moolah. One is to play the Progressive Jackpot game directly from an online casino via your favourite browsers, such as Safari, Firefox, or Chrome. Mobile casino enthusiasts can also play via their mobile device browser and for a very sharp casino experience, the game is just a few clicks away. Mega Moolah cannot be played in “fun game” mode because a small seed from every bet contributes to the jackpot fund. Register at one of our recommended casinos that feature the game Mega Moolah, make a real money deposit and give it a go!

With a wild Africa theme, Mega Moolah offers multiple opportunities for rewards in an innovative and unique combination of five reels and twenty-five pay lines plus a Wheel of Fortune style jackpot game. Lions are the Wild in every sense, and when they land on your screen, you can double your winnings. The Scatters are featured as Headhunter trophies and if you hit some of these they will open the door to 15 Free Spins that re-trigger, as well as triple all your winnings throughout the free spin cycle.

The Mega Moolah Jackpot is made up of four Progressive Jackpots that can be won by spinning a Wheel of Fortune type of bonus game. These progressives are known as; the Mini, Minor, Major and the Mega Jackpot, which is the largest and has a guaranteed payout of one million coins. Additionally, from each bet placed on the game, a small seed or a fraction of the bet amount is placed into a progressive jackpot pool and it keeps growing until the jackpot is hit

When the Jackpot Bonus Game is triggered it appears in a window over the base game. The player then spins the wheel to see how much they won as every spin is a winner. The bonus game is triggered randomly guaranteeing equal opportunity for players at all times.

The biggest ever jackpot won by a player on Mega Moolah was €18.9 million won on the 28th of September 2018, however, the £13.2 million won by a British soldier is still recognised in the Guinness World Records as the largest jackpot won on an online slot game.