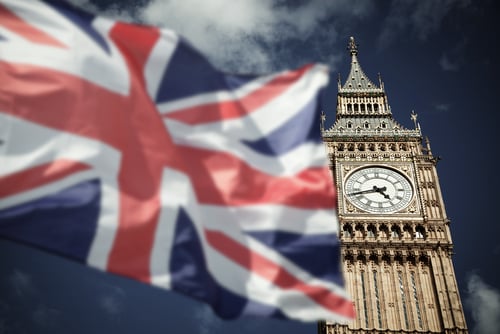 The Committees of Advertising Practice in the United Kingdom is soon to introduce new online casino advertising regulations, set to change the way that online casino operators are allowed to promote special offers on their websites.
According to reports earlier this month from the British Broadcasting Corporation (BBC), the advertising watchdog, responsible for putting together all of the advertising rules in the UK, revealed its updated regulations that are earmarked to come into force as early as April 2. The new regulations aim to protect online casino players that might be vulnerable.

The BBC reports state that the announcement of the online casino advertising rules come in the wake of the Gambling Commission regulator’s recent decision to levy a fine of $488,600 against a company called ElectraWorks Limited after the seven major online casino operator’s sites were discovered to have breached existing rules in terms of promoting free bonuses.
The broadcaster further reported that the new regulations will include a complete ban on the popular phrase “bet now.” They are also set to institute stricter restrictions on advertising special offers. This will apply to all UK-licensed online casinos and even sports betting sites during live matches. What’s more, the Committees of Advertising Practice explained that it plans to limit ads that promote recklessly suggest “risk-free” deposits or promote repetitive play. That’s not to say you won’t still enjoy free spins and great offers, it’s a matter of changing the way these will be advertised.
The BBC also reported that the new regulations will be used by the Advertising Standards Authority when it comes to considering complaints and levying fines. The new rules will further place greater restrictions on ads that prey on a player’s financial concerns and self-esteem.

How Promotions Must Be Worded

The Daily Telegraph reports that the new rules are to make clear that any “money-back” promotions are to be for cash and not a bonus whilst risk-free offers have to involve the consumer not incurring any financial loss.
What’s more, the newspaper reported that the rules will stipulate that “matched bets” offers are to treat stake limitations as a significant condition that’s advertised from the get-go.
The biggest change, though, will involve the advertising of “free bets.” The Committees of Advertising Practice will enforce a provision that requires all licensed online casino operators to prominently list their free offers’ terms and conditions.
According to Director of the Committees of Advertising, Shahriar Coupal, the committee will not tolerate online casino ads that in any way exploit people’s vulnerabilities or those that are deemed to play fast and loose with enticing bonus and free bet offers. The new casino ad regulations take account of the best available evidence to strengthen those protections that are already in place and to ensure that gaming is presented in a responsible manner, minimising the potential for any harm.