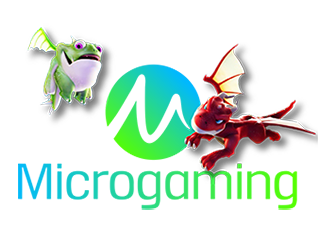 If you haven’t heard of Microgaming firstly; Where have you been? Secondly; No honestly where have you been? Microgaming was one of the first software providers to jump on the online casino cruise ship. They are responsible for some of the biggest name slot machines in both online casinos and brick and mortar casinos. Here’s a look at their new slot machines that have been released or due to be released in the first part of 2019.

So far Microgaming has announced these fourteen new games in 2019. We say so far because it’s Microgaming and, to be honest they could end up releasing double or even quadruple the number of games by the middle of the year. Microgaming is one of the powerhouses in online casino software development. They have one of the best reputations going around and are responsible for some of the biggest wins in history thanks to their host of progressive slot machines around the world and online.

They are also widely recognised as a company that keeps a finger on the pulse in terms of the next biggest thing. For instance, Microgaming released a EUFA World Cup Football slot game just in time for the 2014 EUFA World Cup. In 2015 they announced and released a video slot machine with a Cricket World Cup theme. Not too mention the fact that they hit perfect timing with the release of their Game of Thrones-themed machines just as the series was gaining worldwide popularity.

On top of all that, one of their most popular themed slots is their movie and comic slots. Including Tomb Raider, Hellboy and The Fantastic Four, not forgetting their The Dark Knight slot machine which is apart of their largest progressive slot series for Microgaming. Given that they are releasing another Tomb Raider-themed machine this year, and given that these franchises continue to grow on the big screen we’d imagine that their collection will only grow as well.

Microgaming is no doubt keeping on top of what their fans want, but they also keep adding to their list of bonuses, advantages and features that make their slots some of the most exciting to play. Microgaming offers enhanced features including expanding wilds that fill the reels, wild symbols and sticky wilds that will remain in place over the course of multiple spins. All adding to a more enjoyable experience for the players.

Their bonus features are becoming more entertaining and interactive and they offer rewards that are sure to impress everyone.

Here at MDC, we’ve always been impressed with Microgaming, their software is second-to-none and their range is staggering. They bring out new slots every month and each new slot brings with a host of features and advantages that are for the player and the player experience. There’s no doubt as to why they are considered one of the best online casino software developers in the world.